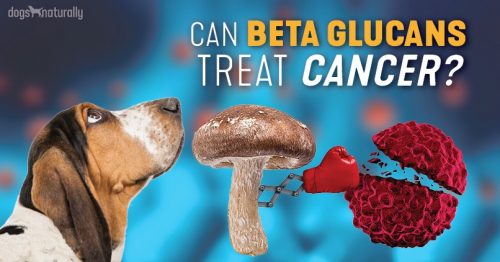 What Is Beta Glucan:
Maybe you’ve heard of glucan, glucans, or β-Glucans. According to Dr Vaclav Vetvicka, the President of the International Society for Glucan Research, it’s pretty much all the same. Scientifically, beta glucan is given a more specific identification based on the source. For example, beta 1,4 glucan comes from oats and barley. Beta glucan is a soluble fibre (a polysaccharide). It’s found in the cell walls of certain substances, especially mushrooms. Beta glucan is also found in many types of seaweed, algae, some cereals (grains) and yeast. Only beta glucan from certain mushrooms has immune-modulating and anti-tumor properties. However, only beta glucan from certain mushrooms have immune-modulating and anti-tumor properties. But be careful …
Some articles out there make claims that the beta glucan in yeast can be beneficial for our pets. But there’s a problem with how this glucan is made. In order to isolate glucan from the cell wall on yeast, harsh processes including acids and boiling are required. And of course, yeast on its own can’t be properly digested in us or in our dogs. When it comes to naturally boosting your dog’s immune system, beta glucan is a crucial weapon in the ongoing process for our furry friends to stay healthy …… and mushrooms are the only reliable source.

Mushrooms And Dogs: The Basics:
Maybe you’re wondering, are mushrooms safe for dogs? Yes, some are more than safe. But adding just any mushroom to your dog’s diet won’t do. Some mushrooms should be avoided, but some are amazing for your dog’s health. (Don’t worry, I’ll tell you which ones to stay away from.) Many mushrooms, including the common store-bought button mushroom (Agaricus bisporus), contain beta glucan. However, the percentage in those is small compared to other mushrooms. There are specific mushrooms that are best for your pet’s immune system to benefit from the high beta glucan content. Some of these include:
Reishi (Ganaderma lucidum)
Shiitake (Lentinula edodes)
Cordyceps (Cordyceps sinensis)
Turkey Tail (Trametes versicolor)
Chicken of the Woods (Laetiporus sulphurous)
Maitake (Grifola frondosa)
Birch Polypore (Piptoporus betulinus)
Porcini (Boletus edulis)
And which ones should be avoided? These mushrooms are not safe for dogs:
Amanita Muscaria (“Fly Agaric”)
Helvella Lacunosa (“Elf’s Saddle”)
Amanita Gemmata (“Jeweled Death Cap”)
Galerina Marginata (“Autumn Galerina”)
Amanita Phalloides (“Death Cap”)

How Does Beta Glucan Benefit Your Dog:
We know that beta glucan works well on the canine immune system. In fact, it actually works well in most animals. According to Dr Vetvicka, beta glucan might even be one of the oldest immune modulators or stimulators we know of. Some mushrooms should be avoided, but some are amazing for your dog’s health.
Beta glucan binds to and helps specific immune cells to coordinate an attack on their targets. Scientists refer to beta glucan as “biological response modifiers.” A modified response supports immunomodulation by preventing hyper-inflammation and an autoimmune response. That means, when dogs eat beta glucan, it activates specific immune cells called macrophages. Macrophages target, trap and eliminate foreign substances that don’t belong in the body. So, when you give your dog beta glucan, his immune cells will become more active, more powerful and effective in attacking and consuming what doesn’t belong in his system. You’re giving him the ability to fight back against harmful invaders.

Where To Get Mushrooms:
Reading labels nowadays has become a chore we all find tedious, but it’s very necessary. A product may contain beta glucan, but is it the right type? Remember, only beta glucan from mushrooms has immune-modulating and anti-tumor properties. A mushroom supplement is probably the most popular choice for mushrooms. This can be a very convenient way to add beta glucan to meals. But buyer beware. Is the product made from mushrooms or mycelium? There’s an important difference between the two. Nearly all mushroom products aren’t mushrooms at all. They’re just mycelium grown on grain or rice. Mycelium is like the root of the mushroom and it’s not the whole body. And sure, there are trace amounts of beta glucan in the mycelium … … But (and it’s a big but), mycelium grown on grain doesn’t have nearly the beta glucan content compared to real mushrooms. And with the grain-grown mycelium, a lot of the beta glucan is from the grain (so it’s missing the immune-modulating and anti-tumour properties). And it has a much higher starch content. If the supplement doesn’t contain lots of beta glucans, your dog won’t get the benefits. For the most nutritional value, you need the whole mushroom. A 2017 study actually tested 19 mushroom products on the market. Not surprisingly, only 5 tested in accordance with their labels. That means only 5 of the 19 could be identified as mushrooms. The study concluded “the quality consistency of G. lucidum dietary supplements in the U.S. market was poor.” To find the best product, stay away from mycelium. Make sure there’s no grain. Look out for statements like “mushroom mycelial biomass powder cultured on organic oats.” Real mushrooms won’t have the grain.

A supplement needs to have only beta glucan with no fillers, additives or preservatives. Also, be sure to follow the instructions on the package. When you give your dog beta glucan, his immune cells will become more active, more powerful and effective in attacking and consuming what doesn’t belong in his system.
Getting beta glucan from mushrooms directly is another option. Mushrooms have become big business and many companies are growing these sought-after food choices. There are several online stores that sell mushrooms. Be sure to check out online reviews to ensure they’re trusted by their customers. Of course, make sure they’re JUST mushrooms, with nothing added and no processing involved. Nowadays, many grocery stores will also sell porcini, shitake and cordyceps mushrooms. You can also grow your own! Many claim it’s easy to do but the drawback is that it takes a year or two before you start getting enough to harvest.
Foraging for mushrooms can be fun. If you’re a beginner, start with the easy-to-identify mushrooms such as turkey tails, birch polypores, chicken of the woods or maitake. It’s also a good idea to find a local forager who can help you.

Adding Mushrooms to Your Dog’s Diet:
If you buy a supplement, follow the directions on the package. If you buy a product made for humans, just adjust the dose for your dog’s weight. If you buy dried mushrooms, grind them down as small as you are able then add them into your dog’s food every day. Fresh mushrooms need to be dehydrated before you give them to your dog. If you don’t have a dehydrator there are other drying methods. Drying Mushrooms: Methods and Tips is a great resource. Once you have your dried, powdered mushrooms, the rest is easy. If you feed your dog twice a day, add one teaspoon of dried mushrooms into the food each time. If you feed your dog once a day, then add two teaspoons. This would be for a 20lb dog, adjust for your dog’s weight. If your dog is under 20lbs then half the amount. In the event of disease, be sure to consult with professional advice. When given on a regular basis, dogs in general will be healthier, less allergenic, less stressed, and will be more resistant to infection from microbes, bacteria and viruses. We all love our dogs and making sure their immune systems are armed with the best possible weapon can be as simple as adding beta glucan into the food bowl every day.