Causes of Epilepsy in Dogs:
There are many different reasons why your dog may experience a seizure – while some are preventable, others may be related to illness or even genetically-based in nature. This section breaks down the types of epilepsy found in dogs and related seizure conditions, along with other common causes for dog seizures.
In the case of canine epilepsy, there are numerous factors that need to be taken into account, including diseases that can cause seizures and lead to epileptic conditions. More specifically, epilepsy can be classified into two distinctions: structural, whereas an underlying cause may be identified in the brain, and idiopathic, whereas there is no identifiable underlying cause; in the latter, it is often presumed that a genetic predisposition is the case or that the cause is unknown.

Idiopathic Epilepsy: Typically, a combination of genetic and environmental factors, idiopathic epilepsy most frequently affects young to middle-age dogs (6 months – 6 years old) where there appears to be no underlying cause for repeated seizures. In order for your vet to properly diagnose idiopathic epilepsy, he will have to rule out certain causes, such as specific diseases or illness. Your vet will base his diagnosis on your dog’s medical history, lab tests (blood and/or urine) and a neurological exam. In addition, he may choose to run an MRI (brain scan) as well as a spinal tap (i.e., analyze his cerebrospinal fluid) to further investigate possible causes for your dog’s seizures. 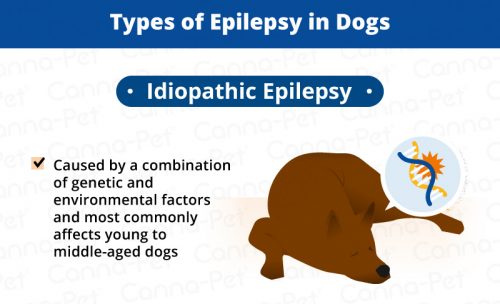 Structural Epilepsy: For some dogs who experience seizures, the underlying cause can be linked directly to brain function. Your vet will be able to determine the exact nature of the brain abnormalities in question, which can range from obstruction and insufficient blood supply to bleeding, infection, inflammation, head trauma, brain tumors, developmental problems, and even degenerative brain diseases. Your dog’s physician will be able to diagnose the problem via MRI and/or cerebrospinal fluid analysis (CSF or spinal tap). 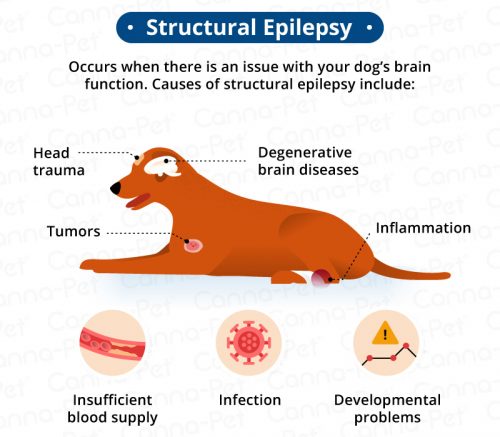 Reactive Seizure: This condition is the result of metabolic issues, such as low blood sugar, kidney failure, or liver failure 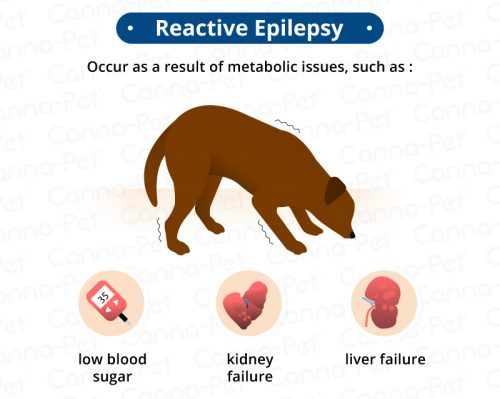 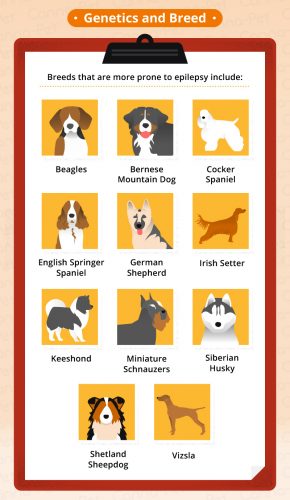 Environmental Factors: Protecting your dog from poisonous materials (including those found in your home and outdoors) is one area where your due diligence can save your dog from harm’s way. Toxins may present themselves in a number of ways, including food items, pesticides, harmful chemicals, and other dangerous substances that can result in health complications, including seizures. Be sure to pet-proof your home and always monitor your dog’s activities carefully to avoid accidental ingestion of toxic materials. 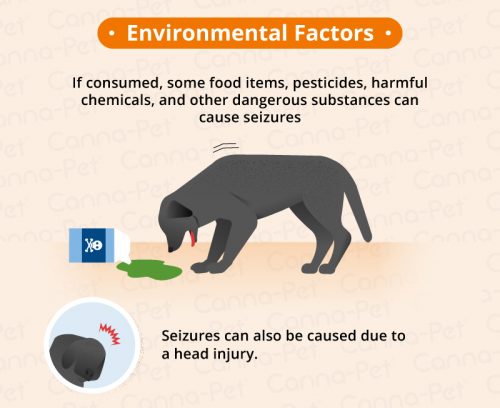 Head injuries are also another common accident that can occur at any time. Therefore, it’s important to keep your dog as safe as possible and practice precautions whenever you can, particularly around your home, during car trips, and while going for walks. Using common sense and good judgment can sometimes be the greatest safety measure when it comes to our pet’s welfare.

Health Issues: There are certain health issues that can cause seizure episodes in your dog; these conditions include, but are not limited to, anemia, kidney disease, liver disease, brain cancer, encephalitis, electrolyte problems, and blood pressure abnormalities (too high/too low). 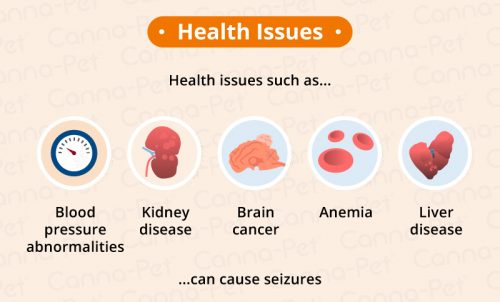 It should also be noted that male dogs are more prone to seizures than female dogs. In addition, the age at which your dog experiences his first seizure episode can determine whether or not they’ll continue throughout his lifetime, how often you can expect them, and the long-term outcome. Discussing your dog’s prognosis and type of epilepsy can help you to better understand his condition as well as determine a course of treatment. Depending on your dog’s specific condition, your vet can provide you with an idea of his life expectancy.