More will be added from ME dog and ME cat owners who have had to use certain protocols at night. For now we do know and have folks with ME dogs who use the following:

Neck hug (also called Pro Collar): Keeps your dogs head elevated which helps in not allowing saliva or other fluids to pool in the esophagus. Some dogs where them all the time when not eating, but most are used at night. 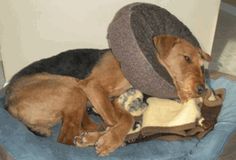 Below are some pictures of dogs who fell asleep using various items under their head so they are actually elevated. But not all would be something used consistently such as the toy or another pet. The others have been used by dogs and their humans when the dog knows it feels better when they are in this position. Even our ME GSD Gretyl sleeps either raised on pillows beside the bed or in her kennel (kept open at night as she alternates between beside the bed and her kennel) raised on “bankies” bunched up on either side for her head. She always sleeps elevated even when napping and uses the end of the couch. We never taught her this but “created” all options so figure she feels better in that position. 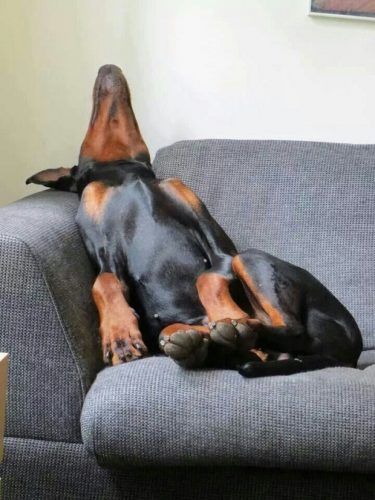 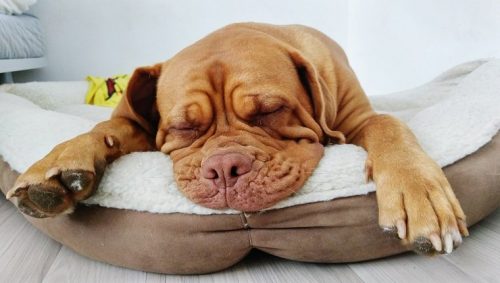 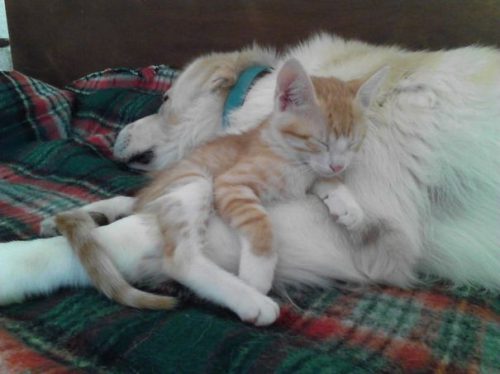 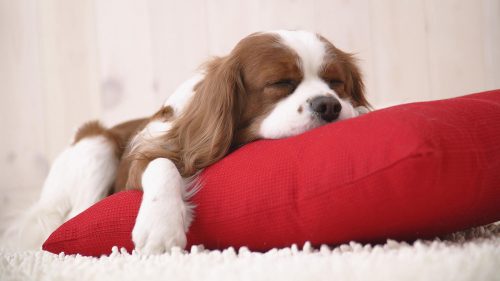 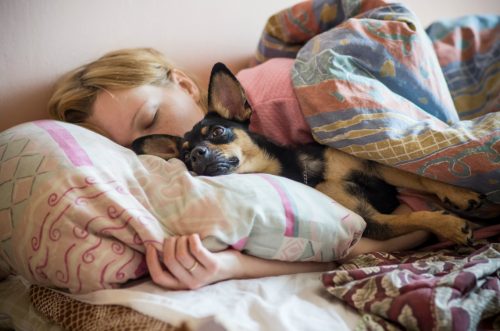 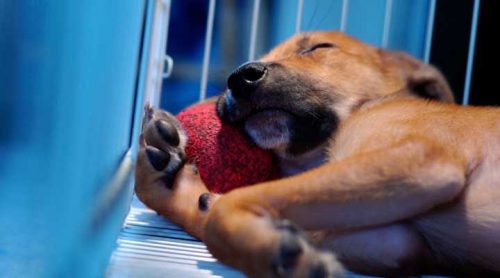 Other options for helping your dog keep head and neck elevated at nighttime also include using a kennel or crate at a slant. Can use the following under 1 end:
–   Rolled or folded towel(s)
–   Foam wedge from hospital supply shop
–   Books
–   Magazines
–   Folded comforter or blanket
–   Wood 2′ by 4′
–   Pillows
–   Anything that won’t move and stays in place

NOTE: Make sure whatever you use is not accessible to your pet to chew. This is especially important with foam and soft items if your dog likes to chew, then eat them.